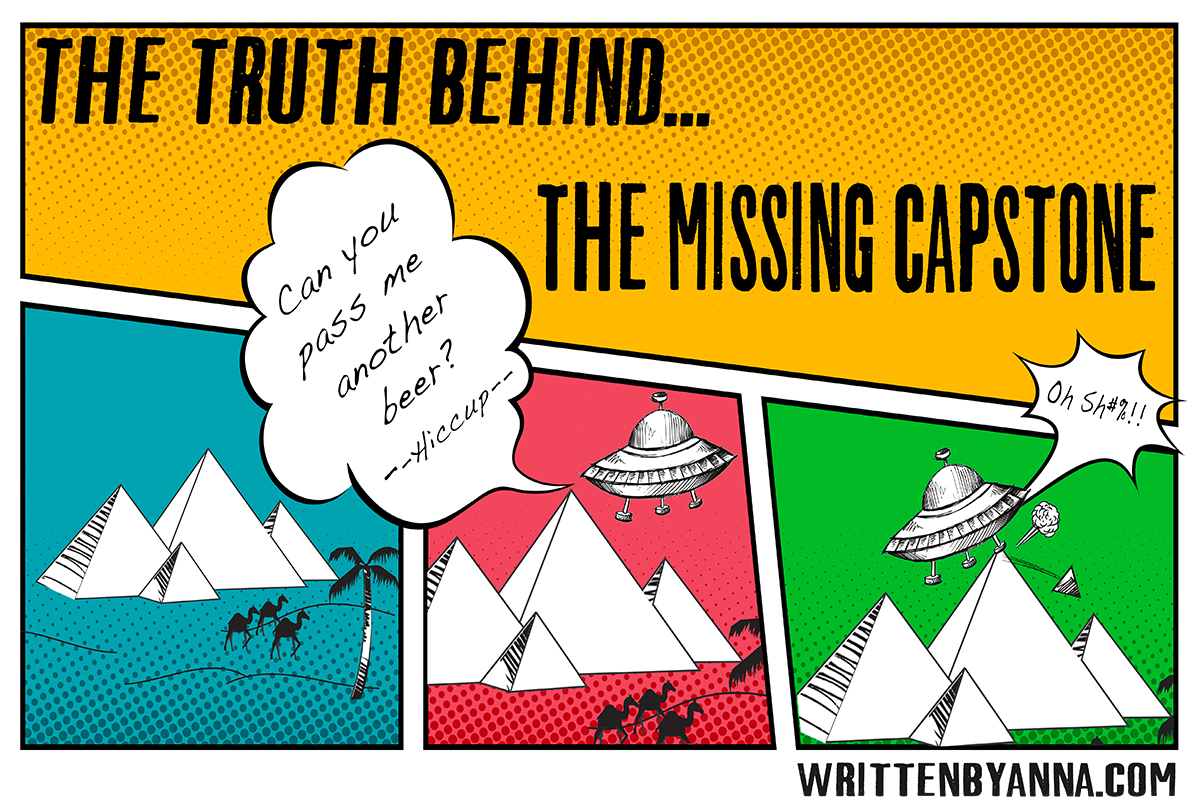 In my book, Holy Crap! The World is Ending!, there is a very different theory as to the missing capstone that used to be on the Great Pyramid in Egypt. Here is an excerpt from the novel so you can see what really happened to it. 😉

In this scene, the main character, Autumn, is flying a spaceship over the pyramids in Cairo. Her alien boyfriend, Rigel (part of the Anunnaki that genetically engineered the human race), explains just how the capstone went missing and how that gave the Illuminati their famous mystical eye symbol.

I lingered in front of the grand pyramids, taking them all in. I noticed that dozens of people were gathered beside the smallest one. I was about to mention it when Devon spoke.

“Hey, why is the top missing off that one?” he asked, pointing to the tallest one.

Devon and I snorted and waited for Rigel to join us. But his expression was serious.

“Nope. A drunk Altairian sideswiped it,” he said. “Quite the fiasco. After that, the Galactic Federation launched a wide-scale anti-drunk flying campaign. In fact, you have the logo for the campaign on your dollar bill.”

I highly doubted there was a spaceship or a can of beer hidden in the spider webs of artwork on the dollar bill. There was only one item that could possibly fit the bill—no pun intended. “The capstone with the eye on it?”

“You guessed it,” he said. “That was the logo for our campaign. Below it they wrote, ‘We Are Watching You’ as the tagline.

And if I remember right, the subheading was, ‘Keep an eye out for drunk-flyers.’”

“Really? I always thought that the eye in the triangle belonged to that secret society, the Illuminati.”

Rigel grinned. “It does. They excavated a campaign tablet that some alien probably tossed off a ship along with his empty beer bottle. The last line—‘Keep an eye out for drunk-flyers’—was missing from it, so they translated the ‘We Are Watching You’ and thought it was a bona fide warning that the gods were keeping track of their every move. They stole it and adopted it for their own symbolic messaging.” 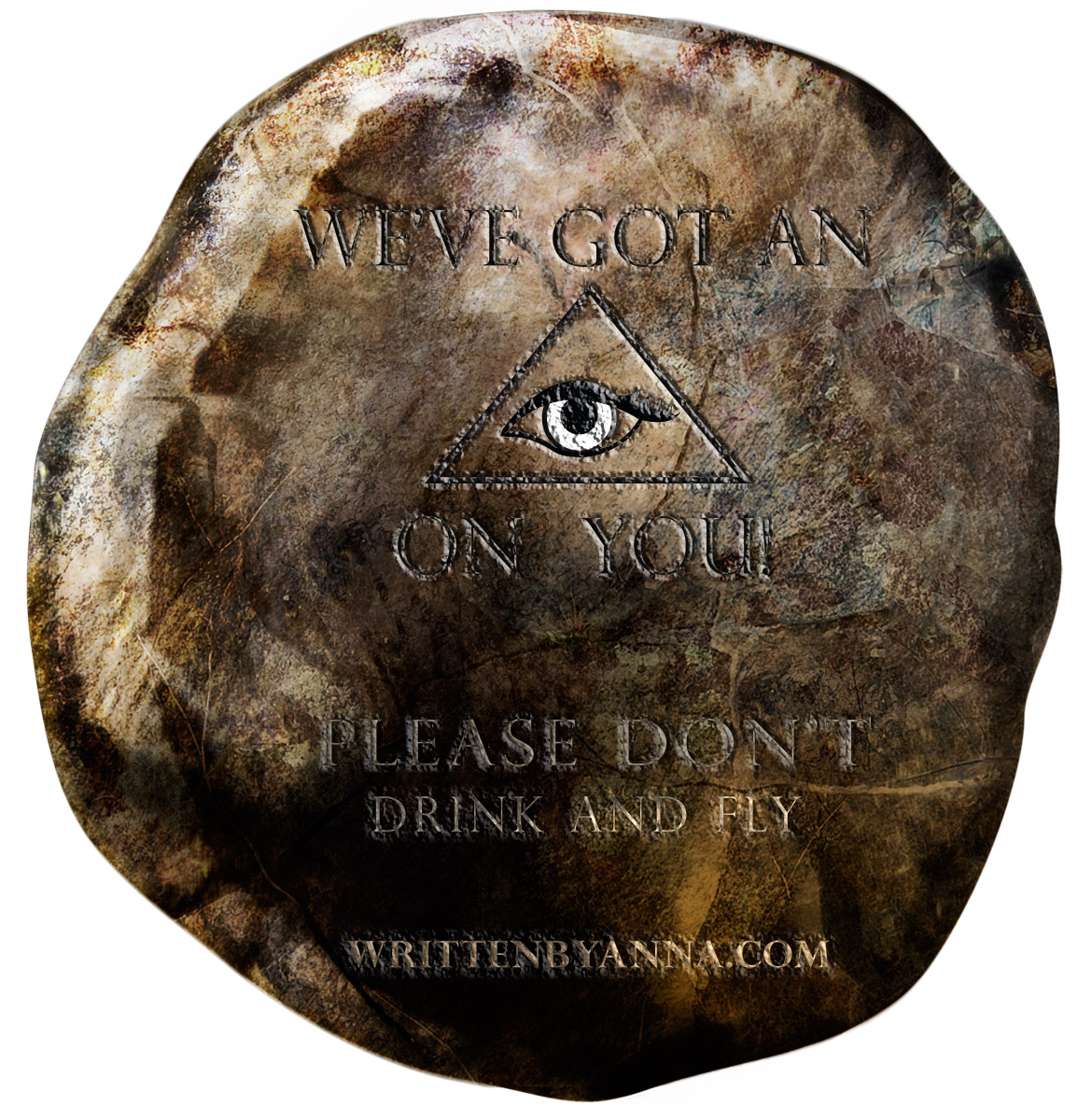 I like that your work is fiction! So many people who make the claim about what the REAL story is about the capstone claim to be giving us NONfiction. Glad to give your book a look!
I publish constantly on the greatest of the great, the Great Pyramid! https://youtube.com/c/TheGreatPyramidAIP