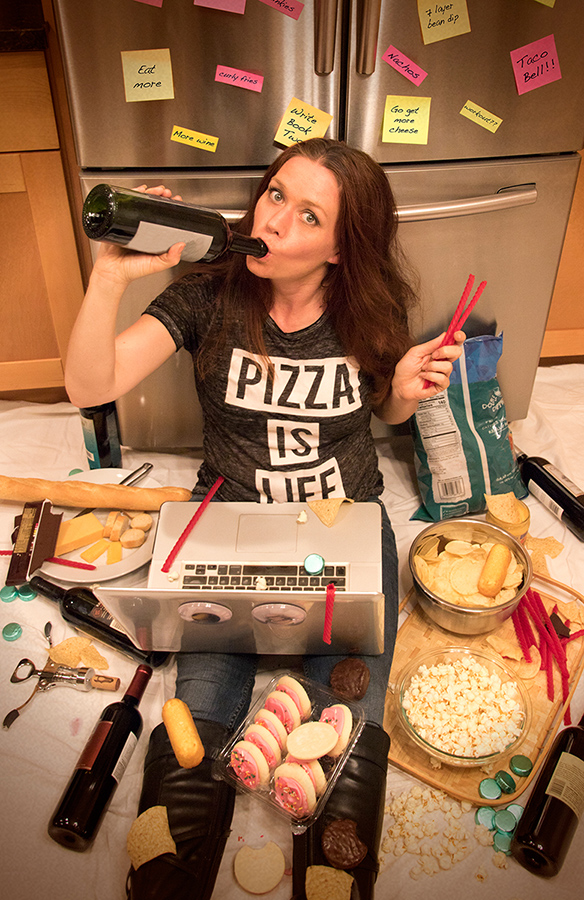 Anna grew up in a trailer park. Well, several actually. Her trailer was on wheels so she got to experience the Pacific Northwest’s vast array of mobile home parks as her parents moved her from one to the other. Somewhere along the way, she got totally into UFOs. Probably because she was hoping extraterrestrials would come and abduct her. But they never did. Luckily for her she was smart, because her only hope of escaping trailer life was college and a full scholarship. Moving to sunny California on her almost full ride to Chapman University, she was well on her way to her new life. Two bachelor degrees later (Film and Television Production and Media Performance), and several honors and awards for her accomplishments, she managed to start working in an almost completely unrelated industry from her majors: infomercials.

It was in college that she got bit by the “ancient alien” bug after listening to Zecharia Sitchin on Coast to Coast AM. In her pursuit to uncover the truth, she has spent the last twenty years researching the ancient Sumerian culture—in particular their “gods” called the Anunnaki—and their connection to the creation of the human race. What she found changed her life, her beliefs, and her understanding of the universe and everything beyond. Her humorous science fiction trilogy, The Anunnaki Chronicles, is a culmination of all her research, her borderline obsession for all things paranormal, and approximately 2,300 bottles of wine.

Want to be all official? Get my fancy media kit for press, events, interviews, and appearances.