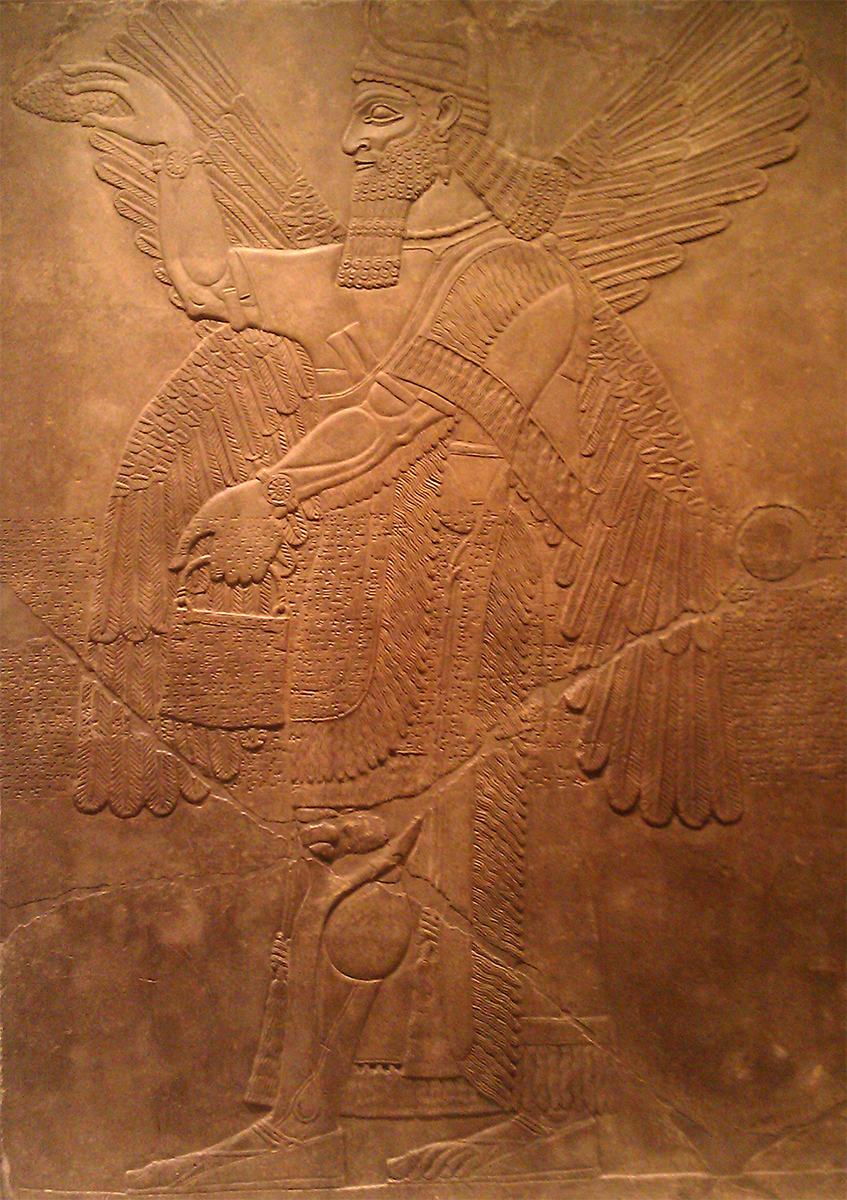 This is an image I took at LACMA, which is part of their Art of the Ancient Near East Collection.

The Anunnaki (Anunna) are the “gods” of the ancient Sumerian culture (responsible for the world’s first city, writing system, mathematics, judicial system, and much more). According to the ancient Sumerian cuneiform tablets, the Anunnaki are responsible for the creation of the human race and their near extermination in the Great Flood. It is interesting to note that the twelve gods of the Anunnaki pantheon parallel the gods of the Greek and Roman “myths.”

While the Sumerian culture is considered the cradle of civilization, there is staggering evidence that they are not the earliest after all. Gobekli Tepe, which has been dated back at least 12,000 years, far exceeds the Sumerian influence and may prove to be just as advanced (if not more so). We are just getting started on uncovering this archeological site. The problem is that it is located in Southern Turkey (Syrian border) and the war/ISIS is not making an easy time of it.

The world Anunnaki can be translated two different ways. Scholars say it means the decedents of Anu (the leader of the Anunnaki). Those with a more liberal translation say it means “those from heaven to earth” (AN translates to heaven and KI to earth).

As far as the power structure goes, the second in command of the Anunnaki after Anu is Enlil (the God of the Old Testament) and the third is Enki (the god that created humans). Ninhursag is the female Anunnaki who helped create humans with Enki.

The Anunnaki are not to be confused with the Igigi. They are the working class of their species. As far as I can tell, the Anunnaki were equivalent to the royal family and the Igigi were the common man.

The Anunnaki are also the “fallen angels” of the Old Testament. When the “fallen angels” had sex with the women of men, they bore Nephilim. Gilgamesh and Enkidu are examples of Nephilim in the Sumerian culture: powerful giants that were half man and half fallen angel (Anunnaki).

Some scholars will say the Anunnaki were a delusion of the human race as a way to explain things they didn’t understand. As if their brains were less evolved. Our brains have not changed. They are the same size and capable of the same knowledge as we have now. The people of the Sumerian culture were hardly caveman. As I said, they were the first to develop a mathematical system (which we still use today), they had a judicial system, domesticated animals, excelled in the arts (music, plays, and paintings), distilled wine and beer, had sewer systems, and developed the first writing system (which was used for three thousand years). Suddenly, and seemingly out of nowhere, this incredible civilization popped up, all accredited to the Anunnaki.

Head spinning yet? Mine is and I know all this stuff. I’ll stop here for this glossary entry. 😮

How does this relate to my book? WARNING: SPOILER ALERT

In the Anunnaki Chronicles, the aliens of the story are the Anunnaki of the the Sumerian tablets. Instead of being “gods,” some Ancient Alien theorists believe them to be an alien species that came to earth from a planet in our solar system called Nibiru.